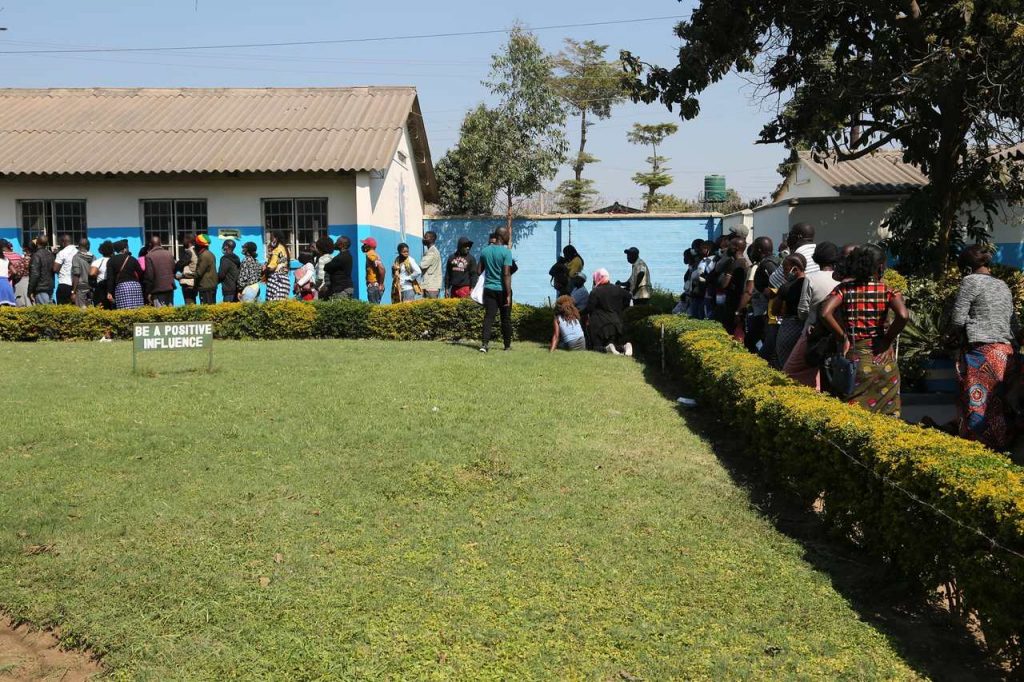 Today, the Christian Churches Monitoring Group (CCMG) is releasing its verification statement on the accuracy of the presidential results. CCMG conducted a parallel vote tabulation (PVT) for the presidential election as part of our comprehensive monitoring of the 2021 general elections. As we stated during preliminary statement, CCMG completed its PVT by 12 noon on Friday 13 August 2021 with over 99% of our monitors having sent in their observation reports. Had it proved necessary, CCMG would have released its PVT estimates if we had any indication there was manipulation of the official results. We commend the Electoral Commission of Zambia (ECZ) for fulfilling its constitutional duty with honour and are grateful to them for not having to do so. CCMG now confirms that its PVT verifies that ECZ’s official presidential results reflect the ballots cast at polling stations.

On election day, CCMG’s PVT monitors witnessed and reported on the entire voting and counting process, arriving at 5:30 in the morning and staying at their assigned polling station until counting was completed and results have been posted. Because CCMG’s PVT monitors are deployed to a nationally representative random sample, the PVT methodology provides the most accurate information on the conduct of voting and counting and it is the only methodology that can provide independent verification of the accuracy of official election results. CCMG’s PVT is not an exit poll. Our monitors do not ask any voter for whom he or she voted. CCMG’s PVT monitors also do not count the presidential ballots as that is the responsibility of the polling officials. However, our monitors are present throughout the counting process and report on its conduct. CCMG’s PVT estimates, therefore, are based on the official and publicly available official results from polling stations.

PVTs are used around the world and across Africa to independently determine if official election results reflect the ballots cast. The PVT methodology has been successfully employed by citizen observers for multiple elections in numerous African countries, including: Burkina Faso, Côte d’Ivoire, Kenya, Malawi, Nigeria, Ghana and Zimbabwe. PVT’s have routinely been conducted for presidential elections in Zambia with PVTs previously conducted in 1991, 2008, 2011, 2015 and 2016.

The PVT methodology is impartial and non-partisan and reflects the ballots cast regardless of the outcome of an election. Thus, PVTs in Zambia have verified results in past elections both when the ruling party candidate won the election as well as when an opposition party candidate prevailed. For example, the PVT verified the results of the 2008 presidential election when the late Michael Sata lost as well as confirmed his victory in 2011 (see Annex 5).

CCMG is an independent, non-partisan citizen monitoring network that conducted a comprehensive observation of the 2021 general elections, including a long-term observation of the pre-election period and the election day PVT. Our observation effort was undertaken to ensure a credible electoral process for all Zambians, and we are beholden to no candidate nor the ECZ.

Further, according to CCMG’s PVT estimates, the lowest possible result for Hichilema is 57.7%, which is greater than the 50%+1 vote share required to prevent a presidential runoff election.

Overall, while there were serious challenges during the pre-election period that raised questions about the fairness and credibility of the electoral process, the ECZ conducted a well-organized and credible election day process that largely adhered to official procedures, and both PF and UPND party agents were involved through the voting and counting across all provinces. Given that the CCMG’s PVT estimates verify the ECZ’s official results for the presidential election, all Zambians should have confidence the ECZ’s official presidential results are accurate and reflect the ballots they cast at polling stations. We commend the ECZ for meticulously tabulating the presidential results and announcing results in line with its mandate.

Now that the results for the 2021 presidential election have been announced and independently verified, CCMG calls on the winners, and their supporters, to be magnanimous in victory and to work with all Zambians for the good of the country. We have pressing development challenges made more difficult by the COVID-19 pandemic. We call on the winners to govern on behalf of all Zambians and on all Zambians to work together, drawing on our diverse talents, to build a better life for ourselves and our children.

To those who unsuccessfully contested elections, and their supporters, CCMG notes that our independent non-partisan observation on behalf of all Zambians clearly shows that while the process was not perfect, the official results for the presidential election reflect the ballots cast. We call upon all Zambians to remain calm and to resolve any electoral disputes that may arise peacefully through the appropriate legal procedures.

CCMG reminds all Zambians there will be elections again in five years when they will again have the opportunity to determine who governs on their behalf. Zambia has now had seven elections since the re-introduction of multiparty politics in 1991 with incumbents being re-election as well as opposition candidates winning elections. The official results show, once again, that our elections are not a forgone conclusion to those who seek political office and that ultimately it is the voters who will decide who governs on our behalf.

While CCMG is proud of Zambians and our institutions that have delivered an election that reflects the choice of the people, we must strive to improve our electoral and governance processes to address the many shortcomings that threaten the quality of our democracy, governance and future electoral processes. First, Zambians must examine why we continue to experience unacceptable levels of political violence and polarization and begin to work together on solutions. Second, while CCMG commends the ECZ for conducting an election that overall provided Zambians with an opportunity to determine their government, as noted in our preliminary statement CCMG urges the ECZ to engage with stakeholders in a more constructive and timely manner going forward and to increase its commitment to transparency by sharing key information, such as electoral process procedures and the voters register in an analysable format to allow for independent review. Third, the 2021 elections, like those before, were marred by candidates and their supporters from all political parties making specious arguments about the conduct of the elections and the ECZ. These superficially plausible but false accusations unnecessarily heighten political tensions and unduly undermine public confidence in our nascent electoral institutions as well as the long-term democratic development of the country.

Following the elections, CCMG will issue a comprehensive final report on the 2021 general elections. It will include detailed recommendations on how we can further strengthen our elections and democracy. CCMG is committed to working with the ECZ and all stakeholders to learn from these elections to improve future ones and hopes to capitalize on the strong momentum provided by Zambian citizens in this election to address areas of needed reform in many areas. As such, CCMG intends to join with our colleagues in civil society and other stakeholders to host a series of forums in the post-election period to build consensus for reforms that will make our democracy stronger, increase guarantees for personal freedoms and human rights and improve governance for all Zambians.

CCMG continues to monitor the electoral process, as it is not complete until all electoral related disputes are heard and resolved. We call upon the courts, in the interest of ensuring all grievances are heard, to consider all petitions, regardless of whether they have minor technical mistakes or slightly miss filing deadlines. We further call on the courts to be guided by the law in ruling on any petitions and to make their judgements in a timely manner.

Finally, CCMG again commends the voters who went to polls, often waiting in long lines, to exercise their right to vote, a commitment that resulted in a record of nearly 5 million votes cast. We note that many voters were young people likely voting for the first time. We also recognize the efforts of our fellow citizens who served as election officials at polling stations and made voting possible. Finally, we thank the more than 1,600 CCMG volunteers who diligently monitored voting and counting on behalf of all Zambia. All of your efforts together served to strengthen our democracy.