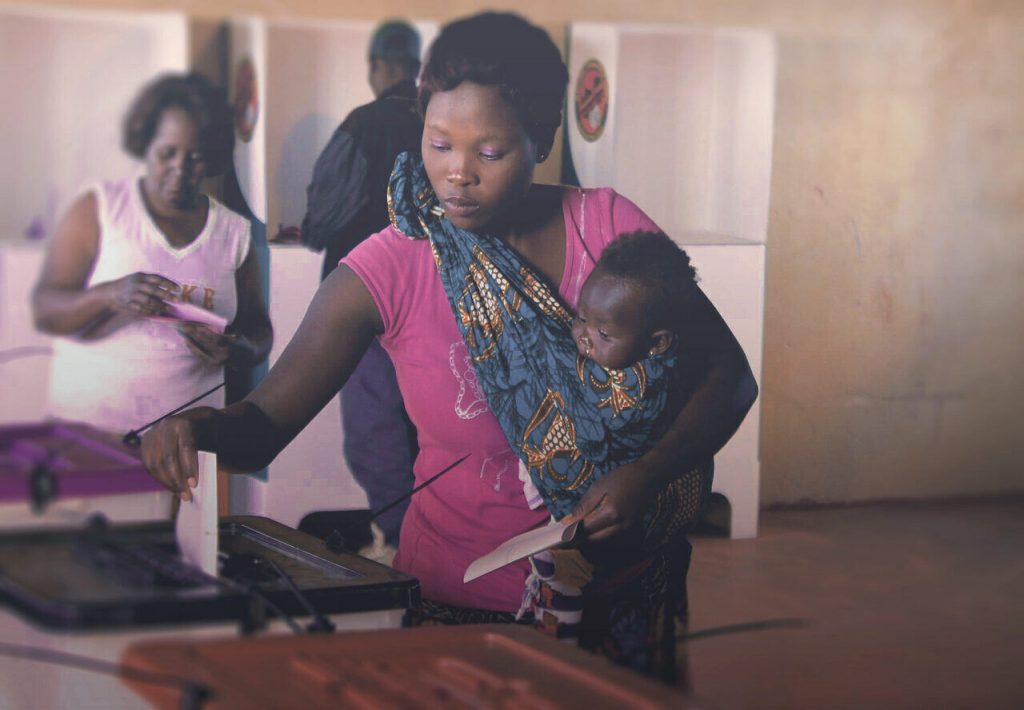 The Christian Churches Monitoring Group (CCMG) observed both the pre-election period and election day for the October 21 by-elections held in Kaumbwe Constituency and Chisamba and Lusangazi districts. In the pre-election period, CCMG deployed 17 Long-Term Observers (LTOs) and for election day, CCMG recruited, trained and deployed a total of 194 monitors, one at every polling station in Kaumbwe Constituency and Chisamba and Lusangazi districts. CCMG also deployed 17 ward supervisors who served as mobile monitors on election day throughout the wards. Election day monitors arrived at their assigned polling station at 05:30 hours and remained there throughout the polling station setup and opening, voting, and counting until the official results for the polling station were publicly announced and posted. The objective of CCMG’s by-election project was to make the by-elections in Kaumbwe, Chisamba, and Lusangazi more transparent and more accountable by providing systematic factual information on the conduct of the process, and more inclusive by giving voters the confidence to participate in the electoral process.

Based on the reports of CCMG’s monitors, CCMG notes that the pre-election environment for the three by-elections observed was generally calm. However, despite the Zambia Police providing security to both the PF and the UPND during the campaign period, CCMG monitors reported three incidents of politically-motivated violence in Kaumbwe Constituency perpetrated by UPND members. CCMG monitors also reported an instance of a traditional leader campaigning for a candidate in Kaumbwe Constituency. Additionally, a CCMG monitor reported UPND members using sexist language regarding women candidates. These acts violate the Electoral Code of Conduct and CCMG calls on the Electoral Commission of Zambia (ECZ) and the Police to investigate these and all breaches of the Code. CCMG also calls on UPND, to immediately take disciplinary action against those members responsible for these acts and for all political parties to ensure that members found perpetrating violence or other violations of the Code will face consequences.

CCMG also noted a relatively low level of voter education, particularly targeting women, youth, and persons with disabilities, and CCMG calls on the ECZ, the District Voter Education Committees (DVEC), civil society organisations (CSOs) and the media to increase their efforts in future elections to provide accessible information to all voters, with a particular focus on marginalized groups and including information on COVID-19 mitigation measures.

Based on reports from CCMG’s 194 Election Day Monitors and 17 Mobile Election Day Monitors, CCMG finds that the council chairperson by-elections in Chisamba and Lusangazi and the parliamentary by-elections in Kaumbwe followed the standard procedures for the set-up, voting and counting processes on election day. All but two of CCMG’s monitors who deployed to polling stations by 05:30 on 21 October were permitted to observe; however, after follow-up by the CCMG Secretariat with polling station officials the two monitors were ultimately permitted to observe. CCMG notes that all required materials were present at the start of voting and that political party representatives were present in all polling stations. CCMG notes that ECZ officials and stakeholders generally adhered to the COVID-19 protocols, including the use of social distancing in the set up of polling stations (91%) and providing hand washing or sanitizing facilities (95%). These rates are comparable to the rates seen in the 12 August 2021 elections. The use of thermo scanners continues to be low (14%, compared to 14% for the 12 August 2021 elections), and CCMG encourages continued and increased adherence to all COVID-19 mitigation measures set out by the ECZ and Ministry of Health.

CCMG will endeavour to engage with key stakeholders, including the ECZ, the Zambia Police, political parties, media houses and CSOs, to share its findings and key recommendations below:

A. Detailed Findings from Election Day

B. Detailed Key Findings from the Pre-Election Period

A total of 88% of CCMG’s monitors reported witnessing or hearing of preparations for the by-elections by the ECZ throughout the pre-election period. These preparations included nominations and accreditation of monitors and party agents.

Throughout the campaign period, 24% of CCMG monitors reported that political parties provided COVID-19 supplies (both branded and unbranded), including face masks and hand sanitisers.

CCMG notes that there were three instances of politically-motivated violence, as follows:

Throughout the campaign period, 14% of CCMG’s monitors reported that political parties and an independent candidate distributed handouts:

None of CCMG’s monitors heard of instances of intimidation or harassment of a candidate or his/her supporters. None of the CCMG monitors reported cases of use of language which is inflammatory, defamatory, or insulting or which constitutes incitements to public disorder, insurrection, hate, or violence or war. However, one monitor in Kaumbwe Constituency reported an incident of gendered or sexist language, which is detailed below under pre-election critical incidents. None of CCMG’s monitors reported incidents where a party supporter or voter was sexually assaulted for political motives. None of the CCMG monitors either heard of or witnessed any instances of parties arming their supporters.

No CCMG monitors reported the use of threats or harassment against women candidates. However, one monitor reported the use of gender stereotypes/sexist language by political parties/candidates in Kaumbwe Constituency, as detailed in the pre-election critical incidents section.

None of CCMG’s monitors witnessed or heard of distribution of goods by the Disaster Management and Mitigation Unit (DMMU). However, one CCMG monitor reported an instance of a traditional leader using his influence to support an independent candidate as detailed in the critical incidents section. None of the CCMG monitors heard of disruptions of campaign activities or any government restrictions on campaigns.

A total of 65% of CCMG’s monitors reported witnessing or hearing of voter education/information on COVID-19 mitigation measures for the by-elections, including the use of face masks, hand washing, and social distancing.

PrevPreviousCCMG Verification Statement on the Accuracy of the Official 2021 Presidential Results
NextCCMG Calls for Peaceful Campaigns, Professional Conduct of Law Enforcement Agents and Strict Adherence to the Electoral Code of Conduct Ahead of the Kabwata Parliamentary Polls 20 January 2022Next