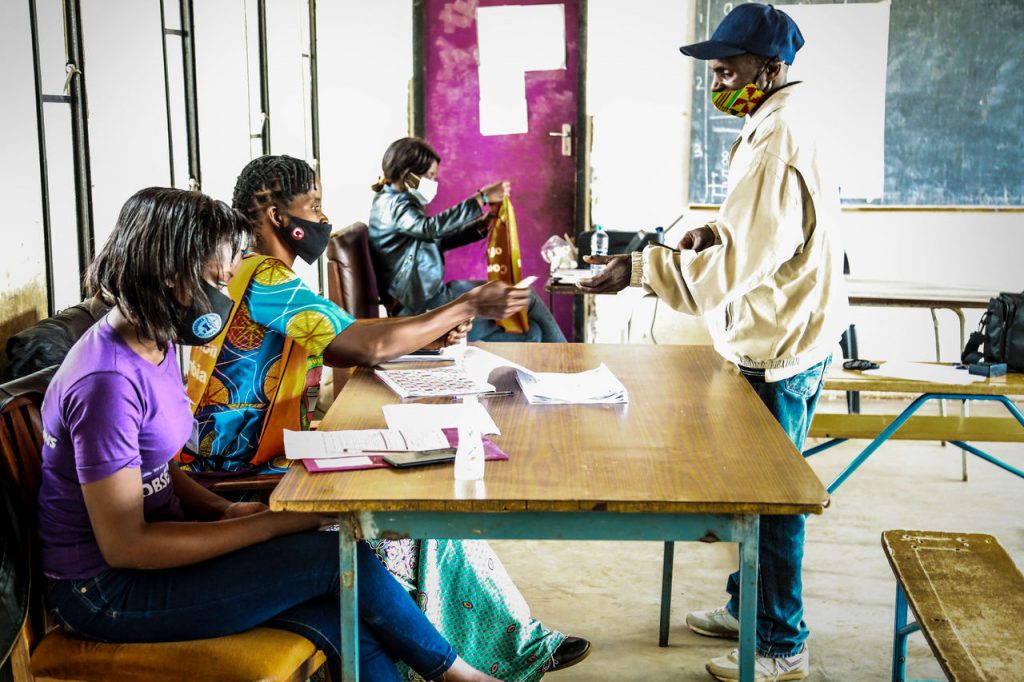 CCMG Statement on the Physical Inspection of the Provisional Voter Register

The Electoral Commission of Zambia (ECZ) did not provide a schedule of when polling stations would be open and where ECZ staff and kits were deployed for the exercise to either stakeholders or the public. As a result, CCMG could not deploy its observers to a nationally representative random sample of inspection centres and so cannot provide data on how the issues described below may have affected other polling stations around the country where CCMG observers were not present.

CCMG has analyzed the observers’ reports on the physical inspection of the provisional register and shares the following key highlights:

While the ECZ provided information on the inspection exercise, the ECZ failed to publish a list of polling stations where registration kits were available for voters to make any corrections to their voter registration details, and on what days ECZ staff would be available at polling stations to support the inspection exercise. This resulted in cases of voters going to their polling stations to correct their details and being redirected to other polling stations with kits, placing an unnecessary burden on voters. As the phone-based and online verification is slated to continue to 7 May, CCMG calls on the ECZ to immediately provide the public with detailed information on what to do if they find that their details are omitted or incorrect on these platforms.

CCMG has continued to raise concerns about the ECZ’s engagement with stakeholders. During the inspection process, ECZ failed to provide CCMG with the procedures for the inspection process, despite request, and failed to accredit some of CCMG’s observers in time to observe the entire inspection process. CCMG has also raised concerns regarding the lack of understanding of some ECZ officials of the role and accreditation of observers, who demanded that CCMG’s observers seek additional clearances to observe despite accreditation. However, CCMG and other organisations faced the same issues during the voter registration process. With only a few weeks before candidate nominations and as we approach the critical campaign period, CCMG urges the ECZ to address its accreditation process and training, to provide a hotline for observation organisations to rapidly resolve any accreditation issues during their observation and to improve its public communications and stakeholder engagement.

Lastly, both CCMG and the Zambian Federation of Disability Organisations (ZAFOD) have raised the issue of accessibility of polling stations for people with disabilities and have documented significant numbers of polling stations that are not accessible for people with mobility disabilities. CCMG calls on the ECZ to immediately share its updated Action Plan for Enhancing Electoral Services for Persons with Disabilities and to ensure that prior to any electoral process all venues to be used are accessible and if not, that measures are taken to ensure that the issues are rectified.