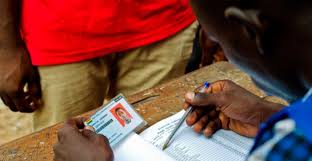 CCMG Statement on Phase 2 of the 2020 Voter Registration Exercise

Improvements in Registration Processing Time Noted, But Increased Deployment of Staff and Registration Kits Still Needed to Meet Demand and ECZ TargetAccess to Centres and Information for Observers Remains Problematic

Based on the reports from its observers, during Phase 2 (17-23 November 2020) of the voter registration exercise, CCMG finds that nearly 100% of registration centres had all the critical materials with the exception of backup registration kits, which were present at 64% of registration centres. However, CCMG notes with concern multiple critical logistical and staffing issues, including the deployment of only one Electoral Commission of Zambia (ECZ) staff (person) at nearly half (49%) of registration centres, only a slight improvement from Phase 1 (53%). In addition, CCMG continued to observe deviation from the ECZ’s published national-level deployment plan in Phase 2, with 10% of CCMG’s observers reporting centres not opening, which appeared to be primarily due to district-level deployment plans inconsistencies with the national-level plan, along with some logistical challenges.

CCMG reports an improvement in the processing time for a potential voter in Phase 2, at an average of 8 minutes, with an average of 82 registrants per centre processed in a day.[2] This was an improvement from Phase 1 of 10 minutes per registrant and 67 registrants per centre per day. Lusaka, Copperbelt and Northern Provinces saw the largest improvement in registrants processed per centre per day. However, due to the continued strong interest by eligible citizens, the continued lack of significant deployment of additional kits and staff, has limited further improvement.  CCMG notes that, as in Phase 1, the logistical challenges do not appear to have affected significantly one region of the country more than others, based on data from observers on the average number of registrants per centre per day by province or the average minutes it took to register a person per province in Phase 2. Based on current rate of registration, CCMG believes it will be difficult to reach the ECZ’s stated target of 9,000,000 registrants by the end of the announced registration exercise on 12 December. Thus, CCMG continues to call on the ECZ to immediately deploy additional staff and kits to increase the efficiency of voter registration and calls on ECZ to address publicly how it will address any expected shortfall from its announced target of registrants.

Based on its observation of Phase 2 of the voter registration exercise, CCMG also has the following recommendations to ECZ:

CCMG’s observers continued to report low levels of observation by party representatives and other non-partisan observers, which reduces the ability of parties and other observers to comment on, and provide recommendations for the process from an evidence base. CCMG also urges political parties and Civil Society Organisations (CSOs) and Faith-Based Organisations (FBOs) to intensify their voter education and mobilisation activities, as CCMG observers report relatively low levels less than two weeks before the end of the exercise on 12 December.

CCMG again commends the efforts of citizens to register, especially those who had to wait in long lines and particularly the youth and first-time registrants, women and persons with disabilities. We also hereby encourage all eligible citizens who have not yet registered to ensure that they visit a registration centre and complete the process prior to the announced end of the exercise on 12 December 2020.

[1] For findings and recommendations related to the general voter registration environment, please see the full CCMG report available at ccmgzambia.org.

[3] CCMG notes that extensive contact with the ECZ and with local officials resolved 24% of these issues.