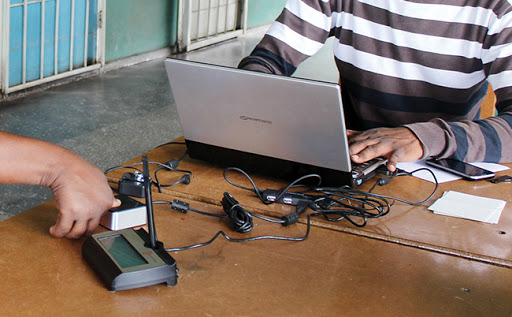 CCMG Statement on Phase 1 of the 2020 Voter Registration Exercise

CCMG reports that while the time to process registration of a potential voter during Phase 1 is reasonable at an average of 10 minutes, the strong interest by the public in registering, the lack of staff and the lack of additional kits to process registrations has limited the number of potential registrants who can be processed in a day, which has averaged 67 per centre from the data provided to CCMG observers, leading to long lines and congestion, frustrating potential registrants. CCMG notes, however, that these logistical challenges do not appear to have affected significantly one region of the country more than others, based on data from observers on the average number of registrants per centre per day by province or the average minutes it took to register a person per province in Phase 1. CCMG calls on the ECZ to immediately deploy additional staff and kits to increase the efficiency of voter registration.

While CCMG commends the ECZ for processing accreditation for its observers, CCMG notes with grave concern the lack of adequate preparation for and training of ECZ officers the importance of observation by duly accredited non-partisan observers and party representatives. Prior to voter registration, the ECZ did not publicise accreditation procedures thereby creating challenges for organisations seeking to observe the process. Despite being duly accredited and presenting their credentials, 3% of CCMG’s observers were not initially allowed to observe.2 In addition, 30% of CCMG’s observers were not provided with key information on voter registration, including the daily numbers of how many people were successfully registered at the registration centre observed. This information should be public and is required for transparency and confidence building in the process. We therefore call on the ECZ to immediately take concrete steps to grant access to registration centres and key registration centre information to all duly accredited observers.

Based on its observation of Phase 1 of the voter registration exercise, CCMG also has the following recommendations for ECZ.

5. Political Party and Other Non-Partisan Observers and Civil Society Organisations CCMG’s observers reported low levels of observation by party representatives and other non- partisan observers, which reduces the ability of parties and other observers to comment on, and provide recommendations for the process from an evidence base. CCMG also urges political parties and Civil Society Organisations (CSOs) and Faith-Based Organisations (FBOs) to intensify their voter education and mobilisation activities, as our observers report relatively low levels. CCMG commends the efforts of citizens to register, especially those who had to wait in long lines and particularly the youth and first-time registrants, women and persons with disabilities. We also hereby encourage all eligible citizens to register prior to the end of the exercise on 12 December 2020