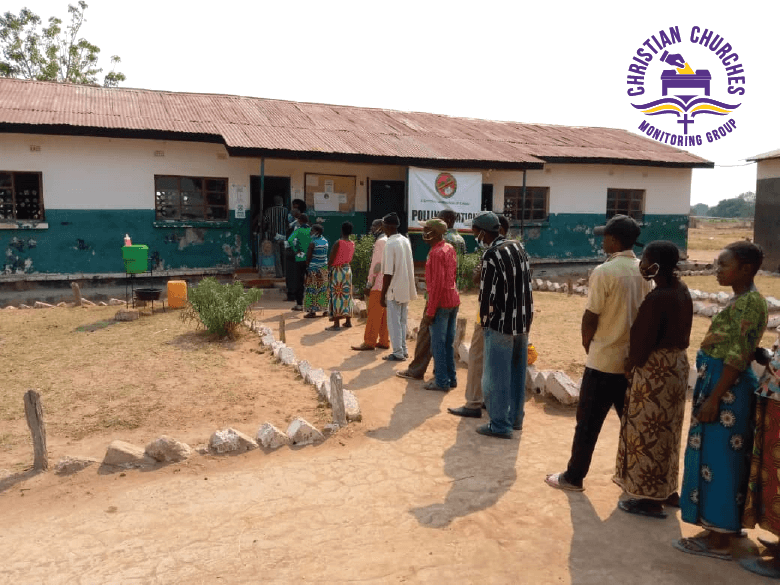 CCMG Statement on Phase 3 of the 2020 Voter Registration Exercise

I. Registration Centre Opening
Based on the reports from its observers deployed to nationally representative random sample of registration centres, during Phase 3 (25 November – 1 December 2020) of the voter registration exercise, CCMG finds that 100% of registration centres had all the critical materials with the exception of backup registration kits, which were present at 60% of registration centres. However, CCMG continues to note with concern that there has not been a significant improvement in the critical logistical and staffing issues by the Electoral Commission of Zambia (ECZ) including the deployment of only one Electoral Commission of Zambia (ECZ) staff (person) at 45% of registration centres at the opening of the centre, only a slight improvement from Phase 1 (53%) and Phase 2 (49%). In Phase 3, in North-Western (75%), Copperbelt (65%) a significant number of registration centres were still staffed by only one ECZ official. CCMG notes that the ECZ has stated that it deployed additional officers for Phases 3 and 4 and calls on the ECZ to release the number of additional staff disaggregated by province and to ensure that there is uniform staffing of registration centres across the country with as many registration centres as possible having two staff to speed up registration processing time for Phase 4. In addition, CCMG continued to observe deviation from the ECZ’s published national-level deployment plan in Phase 3, with 13% of CCMG’s observers reporting centres not opening, which appeared to be primarily due to district-level deployment plans inconsistencies with the national-level plan, as well as logistical challenges.
II. Registrant Processing Time
CCMG reports continued reasonable processing times for a potential voter in Phase 3, at an average of 8 minutes per registrant, with an average of 83 registrants per centre processed in a day. This is consistent with Phase 2 at 8 minutes per registrant, with an average of 82, and an improvement from Phase 1 of 10 minutes per registrant and 67 registrants per centre per day. Luapula and Eastern Provinces saw the largest improvement in registrants processed per centre per day. CCMG notes that due to the continued strong interest by eligible citizens and the continued lack of significant increased deployment of additional kits and staff, has limited any increase in the number of registrants per centre from the previous phases. CCMG notes that, as in both Phase 1 and Phase 2, the logistical challenges do not appear to have affected significantly one region of the country more than others, based on data from observers on the average number of registrants per centre per day by province or the average minutes it took to register a person per province in Phase 3. Based on the lack of significant improvement in the number of registrants processed per centre per day, continued lines at some registration centers and the figures released by the ECZ for total registrants through Phase 2 (2,704,426) CCMG believes there continues to be unmet demand by citizens to register to vote. In light of this, CCMG continues to call on the ECZ to immediately deploy additional staff and kits to increase the efficiency of voter registration and to release information on the number and location of staff and kits deployed. CCMG also urges the ECZ to engage with stakeholders on a plan for areas where demand is still high at the conclusion of voter registration.

Comment by CCMG Steering Committee Chair Fr Cleophus Lungu on voter registration progress: “CCMG observers continue to report that a significant number of registration centres remain staffed with only one ECZ official, and the information provided to our observers suggests that the processing time per registrant remained the same at 8 minutes as in Phase 2 and the number of registrants per day per centre has only slightly improved to 83. In addition, some centres remain with long queues. Therefore, in the final phase of voter registration, we urge the ECZ to take all possible action to increase registration kits and staff in congested centres. We also believe it is critical for ECZ to engage with stakeholders on a plan for areas where demand remains high at the end of the announced voter registration period on 12 December.”

V. Additional ECZ Recommendations:
Based on its observation of Phase 3 of the voter registration exercise, CCMG also has the following recommendations to ECZ:

a) CCMG calls on the ECZ to immediately release the total number of voters registered during Phase 1, Phase 2, and Phase 3 disaggregated by province, district and constituency, as well as by key demographic groups (women, youth and people with disabilities). CCMG also calls on the ECZ to release its targets for the voter registration exercise, again disaggregated, as a critical part of enhancing the transparency of the exercise. CCMG notes that the ECZ provided registration figures at the end of every phase, disaggregated by province, during the 2015 voter registration exercise.

b) CCMG calls on the ECZ to publicly release the number of officers and registration kits deployed to every province, district and constituency, as well as the additional staff the ECZ has said are deployed for Phases 3 and 4. This will not only enhance the transparency of the exercise but also allow stakeholders to understand and evaluate the process and rationale for how staff and kits are deployed.

VI. Political Party and Other Non-Partisan Observers and Civil Society Organisations
CCMG’s observers continued to report low levels of observation by party representatives and other non-partisan observers, which reduces the ability of parties and other observers to comment on, and provide recommendations for the process from an evidence base. CCMG also urges political parties and Civil Society Organisations (CSOs) and Faith-Based Organisations (FBOs) to intensify their voter education and mobilisation activities, as CCMG observers report relatively low levels less than two weeks before the end of the exercise on 12 December.

CCMG again commends the efforts of citizens to register, especially those who had to wait in long lines and particularly the youth and first-time registrants, women and persons with disabilities. CCMG also commends the ECZ for efforts made thus far to improve the voter registration exercise and encourages the ECZ to urgently take up further recommendations from stakeholders. We also hereby encourage all eligible citizens who have not yet registered to ensure that they visit a registration centre and complete the process prior in the six days that remain until the announced end of the exercise on 12 December 2020.