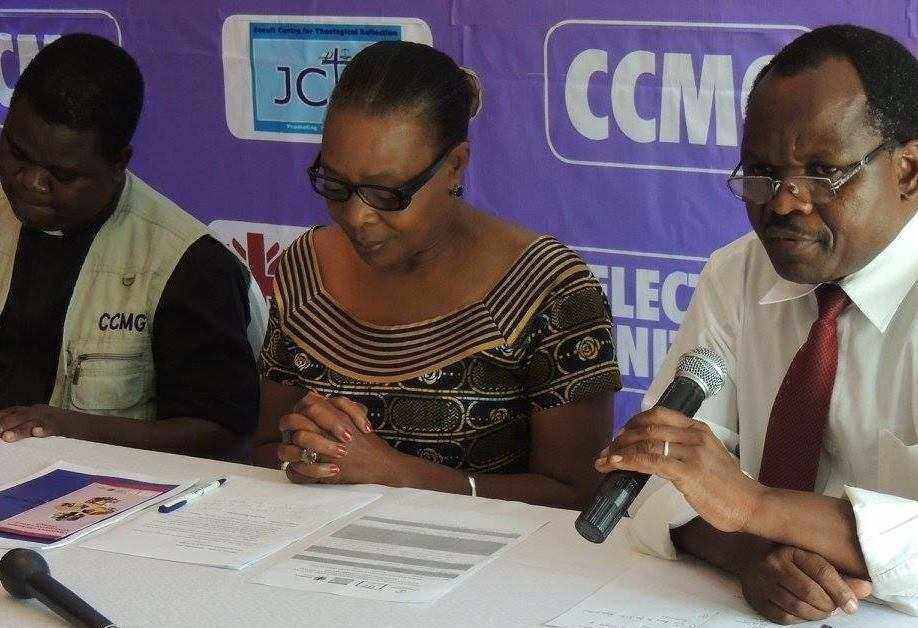 The Christian Churches Monitoring Group (CCMG) is an alliance of four faith based organisations formed to help promote credible elections through non-partisan citizen monitoring. The CCMG partner organisations are: Council of Churches in Zambia (CCZ); Evangelical Fellowship of Zambia (EFZ); Jesuit Centre for Theological Reflections (JCTR); and Zambia Conference of Catholic Bishops (ZCCB), formerly the Zambia Episcopal Conference (ZEC), through Caritas Zambia. CCMG is a member of the Global Network of Domestic Election Monitors (GNDEM) (https://gndem.org/) and conducts all of its observation efforts in conformity with the Declaration of Global Principles for Nonpartisan Election Observation and Monitoring by Citizen Organizations (https://gndem.org/declaration-ofglobal-principles/). Further, CCMG is strictly independent and non-partisan. As such, we do not support any political party or candidate.

Elections are more than what happens on the election day. CCMG has been observing the entire process for the Katuba by-election. As part of this effort, CCMG deployed five long-term observers (LTOs) to every ward in the constituency. Overall, CCMG found that the pre-election was peaceful, with the exception of two regrettable incidents of politically-motivated violence detailed in the CCMG’s reports. CCMG also noted the need for increased voter education efforts on the part of stakeholders to encourage participation in the electoral process.
For election day, CCMG recruited, trained and deployed 67 observers, including 62 Parallel Vote Tabulation (PVT) Monitors, to every polling station and stream in Katuba Constituency. CCMG also deployed Ward Supervisors who served as mobile monitors in the entire constituency. PVT Monitors arrived at their assigned polling station and polling stream at 05:30 hours and were mandated to remain onsite throughout the voting and counting processes until the official results for the parliamentary election for the entire polling station were publicly announced and posted. The objective of CCMG’s PVT project was to make the 2019 Katuba by-election:

Although CCMG complied with all ECZ requirements for accreditation and all of CCMG’s observers presented themselves in person at the accreditation venue in Katuba Constituency on 27 July, only 36 of CCMG’s 62 PVT Monitors were accredited. CCMG notes that the ECZ did not make adequate preparations to accredit monitors for the Katuba by-elections and deployed an insufficient number of functioning accreditation kits. Furthermore, CCMG received contradictory instructions regarding the procedures for accreditation, including the use of photos. The late provision of observer credentials for those who were accredited also created logistical challenges and resulted in some duly accredited observers not being able to be present to monitor the setup and opening of polling streams. The failure by the ECZ to accredit nonpartisan citizen observers undermines the inclusiveness, accountability and transparency of the process and is a worrying and disturbing precedent for Zambia’s electoral processes. We therefore appeal to the ECZ and strongly recommend that they should simplify the accreditation process for observers and party representatives so that it is less onerous on the ECZ itself, citizen observer groups and political parties.

CCMG received reports from 56 of the 56 observers who were permitted to observe.

CCMG received reports of two critical incidents, both of which were related to conflicts between party supporters. One incident occurred at Mutakwa Primary School in Mungule Ward, where supporters of opposing parties argued. However, police intervened and the situation did not escalate. In addition, at Lupani Primary School in Chilochabalenje Ward, violence broke out between party supporters following the announcement of results. Although police were present and were able to control the situation, CCMG reports that one party supporter was seriously injured. CCMG condemns all politically-motivated violence and calls on the police to bring the perpetrators to book. Not only that, we strongly urge political parties to categorically reject political violence and impose sanctions on their own members who are found wanting.

Based on reports from CCMG’s Monitors, CCMG notes that set-up, opening, voting and counting processes in the Katuba by-election were generally conducted in accordance with the electoral procedures. CCMG notes that political party agents were able to observe the voting and counting processes and agreed with the results as announced. However, CCMG notes with concern the failure of the ECZ to accredit all of CCMG’s non-partisan citizen observers for the Katuba by-election. Those not accredited had complied with all ECZ regulations. As a result of the ECZ’s failure, CCMG was unable to deploy all of its PVT observers and cannot independently verify the accuracy of the official results for the Katuba by-elections. This undermines the inclusiveness, transparency and accountability of the process and reduces public confidence in Zambia’s electoral processes. The ECZ should urgently assess its procedures and preparations for the accreditation of monitors and reform the accreditation process with an aim to allow greater accessibility and timely accreditation of non-partisan citizen observation monitors. CCMG recommends that the ECZ and political parties enforce all codes of conduct and non-violence pledges, and hold the perpetrators of politically-motivated violence to account.

CCMG would like to thank its 67 observers from our four member organisations who deployed on 30th July 2019. CCMG congratulates those citizens who went to the polls to exercise their right to vote. Finally, CCMG appeals to political parties and their supporters to reject violence.