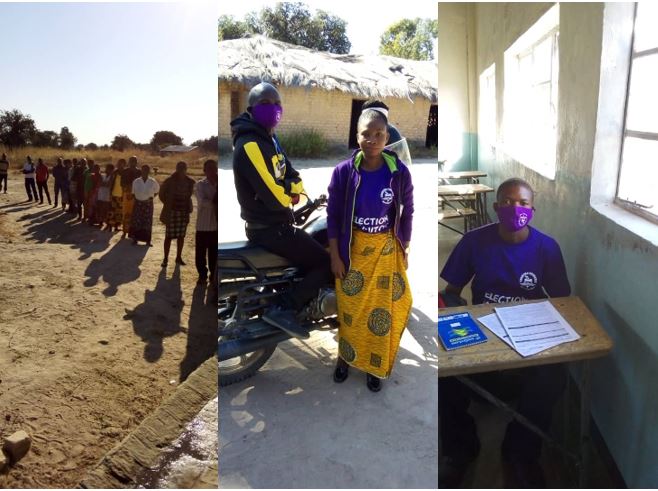 CCMG Statement on the Conduct of Voting and Counting for the 9 June 2020 Bulilo, Nakato and Imalyo Local Government By-Election

The Christian Churches Monitoring Group (CCMG) has been observing the entire electoral process for the Bulilo, Nakato and Imalyo Ward by-elections. As part of this effort, CCMG deployed three (one observer for each ward) long-term observers (LTOs) to observe the general political environment in Bulilo Nakato and Imalyo wards during the period before Election Day.

For Election Day, CCMG recruited, trained and deployed a total of 19 observers, including 16 Parallel Vote Tabulation (PVT) Monitors, to every polling station in Bulilo (4 Monitors), Nakato (4 Monitors) and Imalyo (8 monitors) Ward. CCMG also deployed three Ward Supervisors who served as mobile monitors throughout the wards. PVT Monitors arrived at their assigned polling station and polling stream at 05:30 hours and remained there throughout the polling station setup, voting, and counting until the official results for the councillor election for the entire polling station were publicly announced and posted. The objective of CCMG’s PVT project was to make the Bulilo, Nakato and Imalyo Wards by-elections more transparent by providing systematic factual information on the conduct of the process; more accountable by independently verifying the accuracy of the official results as announced by the Electoral Commission of Zambia (ECZ) and more inclusive by giving voters the confidence to participate in the process.

CCMG had all its 19 Election Day observers accredited by the ECZ on 6 June 2020 and all 16 observers deployed to polling stations by 05:30 on 9 June 2020 were permitted to observe.

On the evening of June 8, a CCMG Monitor reported one critical incident related to harassment, intimidation or threats. In Nakato Ward, a group of party supporters armed with pangas were reported heading to the camp of another party. The police were alerted and the group dispersed. No further incidents took place after the police left, however the party supporters continued moving around the area.

Key Findings from the Pre-Election Period

As part of the preparations for the 9 June By-Elections, the ECZ held nominations on 19 May and all of CCMG observers observed that all procedures for filing nominations were followed and that the environment in Bulilo, Nakato and Imalyo Wards was calm and peaceful throughout the nomination process.

All of CCMG’s monitors witnessed or heard of campaign activities in each of the three wards by both the Patriotic Front (PF) and United Party for National Development (UPND). Other parties were observed conducting campaign activities in both Bulilo and Imalyo Wards. All of CCMG’s monitors witnessed or heard of police providing security at campaign rallies. CCMG Monitors reported an instance of a vehicle with no number plates distributing food to party supporters in Nakato Ward, and an instance of handouts in Imalyo Ward. CCMG also observed parties providing COVID-19 supplies to supporters in both Bulilo and Imalyo Wards. None of CCMG’s observers reported any instances of any party/candidate prevented from conducting a campaign activity in a public place, or in prohibited places. CCMG also did not observe any instances of government vehicles being used for campaign activities.

CCMG’s Monitors observed adherence to COVID 19 prevention measures during candidate nominations by both the ECZ and aspiring candidates in all the wards. Furthermore, observers reported witnessing or hearing of voter education/information on COVID-19 mitigation measures for the by-elections. These measures included the use of face masks, hand washing and social distancing.

The 9 June Bulilo, Nakato and Imalyo Ward By-Elections were held in a calm and peaceful environment for both the pre-election period and on election day. CCMG commends ECZ’s effort to publicize campaign schedules for all three by-elections in an effort to reduce politically-motivated violence and urges the ECZ to continue to publicize and enforce campaign schedules for future elections. CCMG further recognizes the Commission’s efforts in ensuring adherence to COVID19 preventive measures before and during elections, as well as other stakeholders, including political parties, largely following the public health guidelines. CCMG commends voters in the wards for braving the cold and following public health guidelines to cast their votes for their preferred candidate. Finally, CCMG would like to thank all its 16 PVT Monitors and 3 Long-Term Observers for monitoring the 9 July 2020 Ward ByElections.

The Christian Churches Monitoring Group (CCMG) is an alliance of four faith-based organisations formed to help promote credible elections through non-partisan citizen monitoring. The CCMG partner organisations are Council of Churches in Zambia (CCZ); Evangelical Fellowship of Zambia (EFZ); Jesuit Centre for Theological Reflections (JCTR); and Zambia Conference of Catholic Bishops (ZCCB), formerly the Zambia Episcopal Conference (ZEC), through Caritas Zambia. CCMG was founded ahead of the 20th January 2015 presidential by-election. CCMG is a member of the Global Network of Domestic Election Monitors (GNDEM) (https://gndem.org/) and conducts all of its observation efforts in conformity with the Declaration of Global Principles for Nonpartisan Election Observation and Monitoring by Citizen Organizations (https://gndem.org/declaration-of-globalprinciples/). CCMG is strictly independent and non-partisan. We support no political party or candidate.